Apollo celebrated his third birthday this month. He is growing into a big, strong boy, looking every inch an impressive rhino. The famous black rhino trait of stubbornness is also coming out in full force — Apollo certainly has a will of his own. He does exactly what he wants, when he wants. While he is very aloof towards most people, Apollo remains devoted to his Keepers. Although his iron will sometimes verges into petulance, he respects his Keepers and (usually!) defers to their authority. 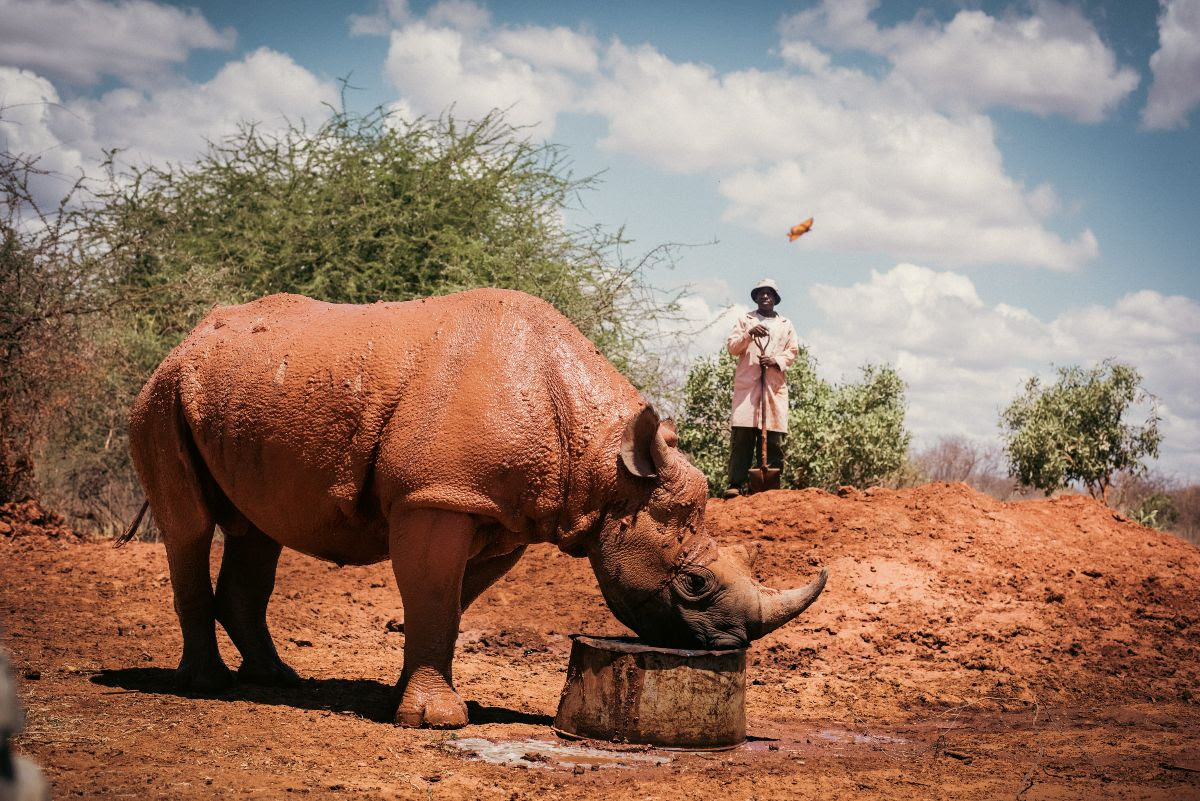 Because of the searing temperatures, Apollo is lazy during the heat of the day. However, he springs into action during the early mornings and late evenings, when the mercury dips. He enjoys peak relaxation during his mid-morning mud bath, where he falls into a blissful stupor. It is quite a mission to get him to move along, so the elephants can have their turn in the mud! Rhinos love rituals, and on his way back to his stockade, Apollo always stops at one special rock for a scratch. 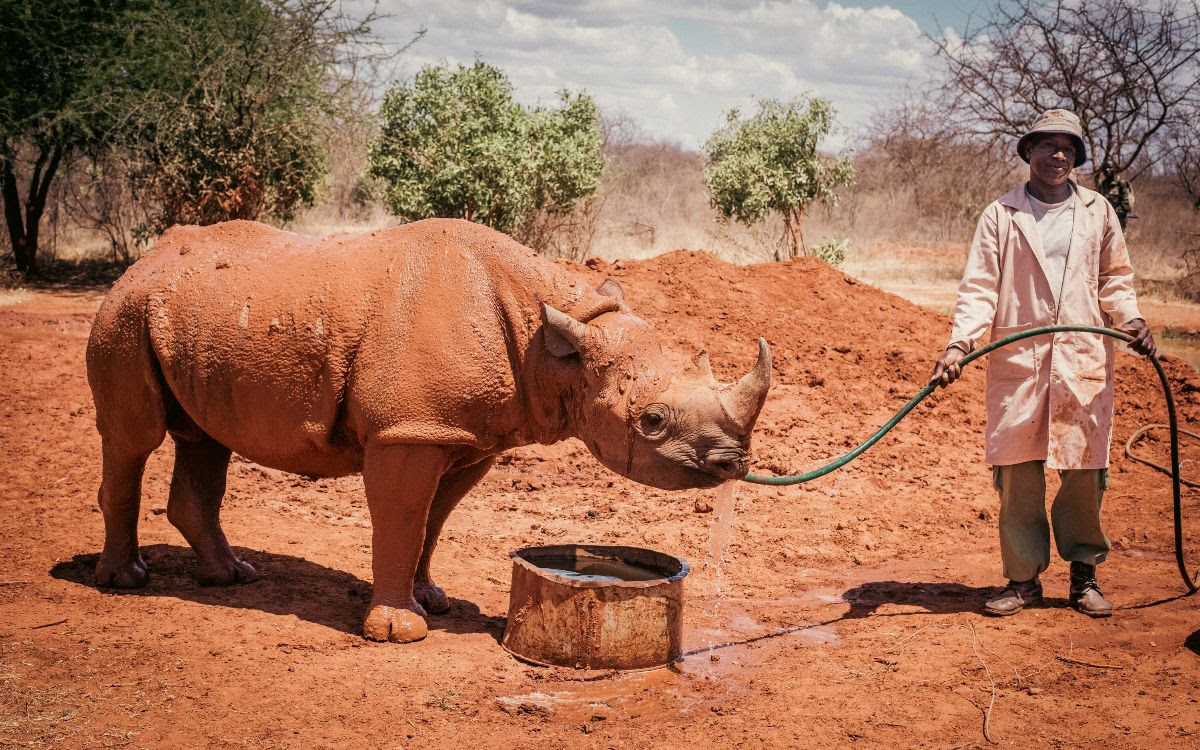 True to his species, Apollo is also becoming increasingly territorial. He confronts interlopers of any kind. When a member of our team drives by in a Polaris, he starts huffing and stomping angrily — he is spurred on by the sight and sound of the all-terrain vehicles. He also gets particularly interested in the scent of wild buffaloes and elephants, and takes it upon himself to chase after them. While the Keepers appreciate how protective he is of them, they could do without mad dashes through the bush! While he doesn’t like wild visitors, Apollo is very fond of Mkubwa the orphaned buffalo, and he tolerates the orphaned elephants. 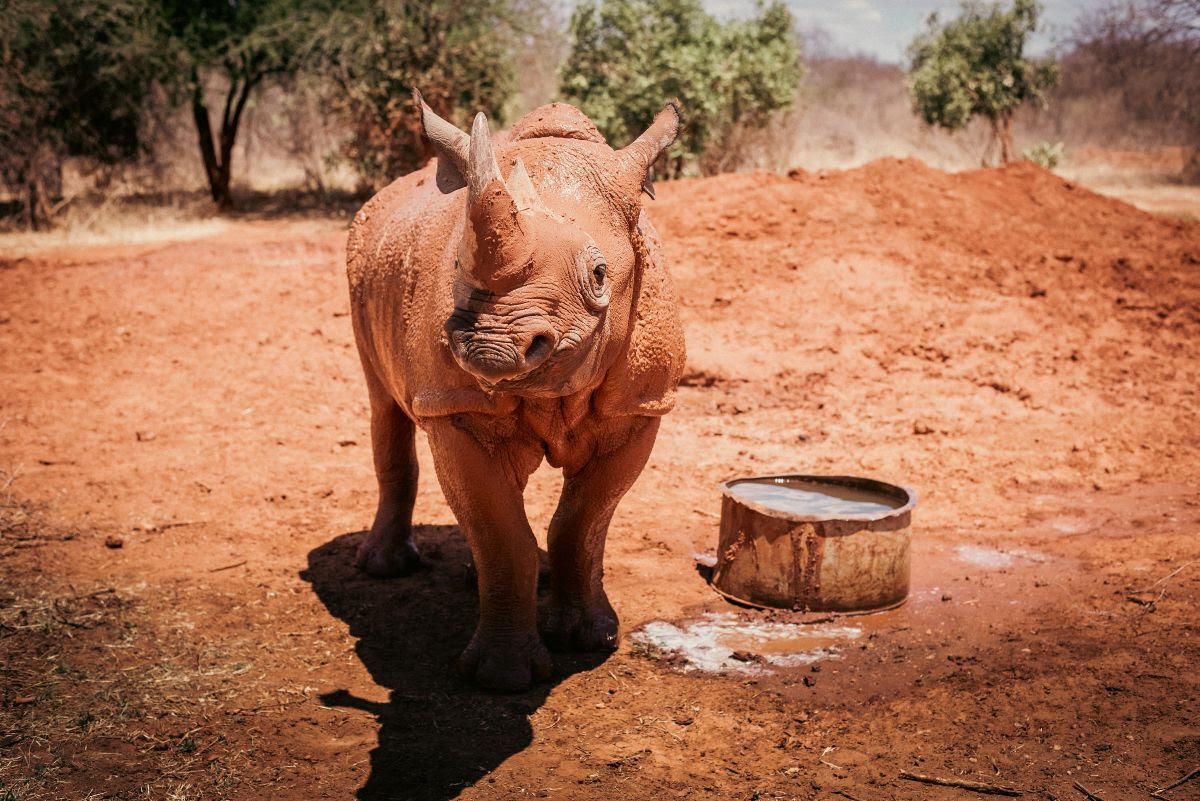