Rhinos are a study in contrasts. They are known for being a solitary species, fiercely territorial and prone to fighting. On the other hand, they are also some of the sweetest, most loving creatures we have ever raised. Our quirky boy Apollo certainly fits that description. He is now quite a formidable creature, with his tank-like appearance and strength to match. True to nature, he prefers to do his own thing during the day — accompanied by his Keepers, of course. 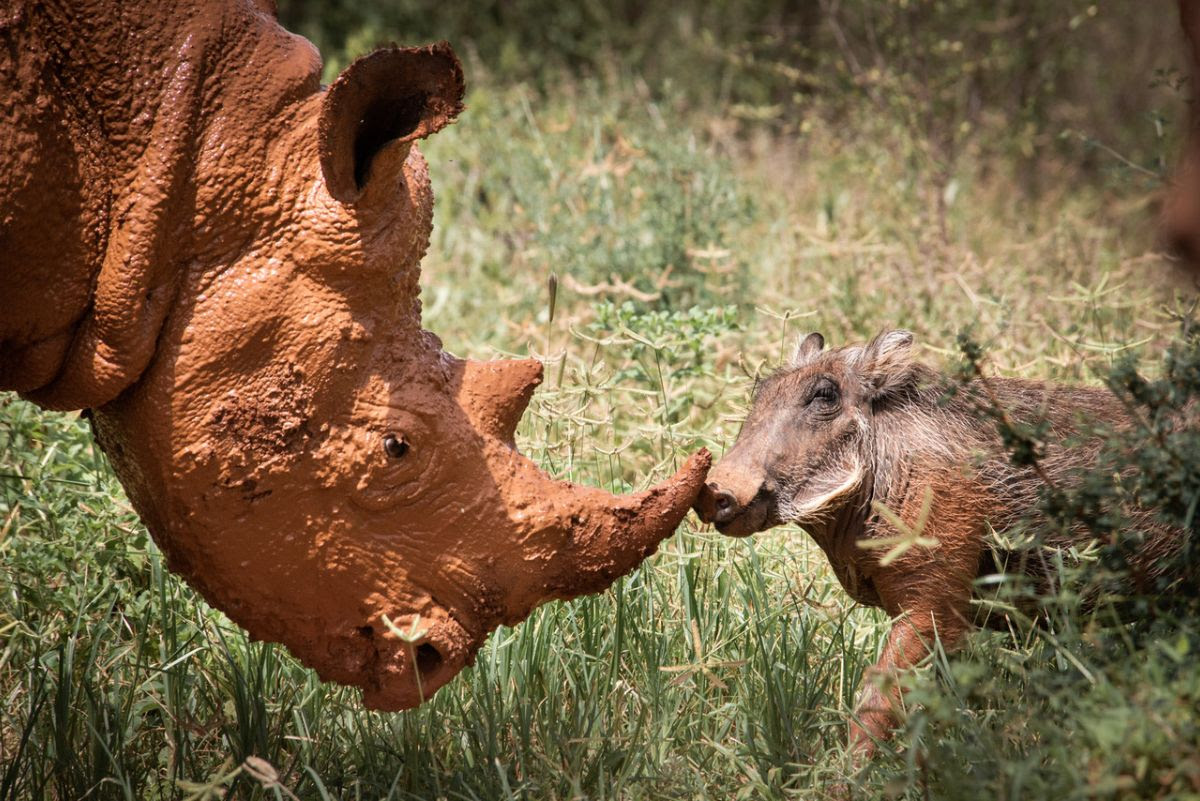 In many ways, however, Apollo is the star of our eclectic Kaluku herd. He has such a lovely spirit, and as a result, the other orphans flock to him. At mud bath, it is common to find Apollo reclining in a slick puddle surrounded by Scooter the warthog, Kwale the hartebeest, Susu the eland, Mkubwa the buffalo, or Bristle the ostrich. Sometimes, just one or two of these little friends turn up; other times, Apollo is treated to the full committee! 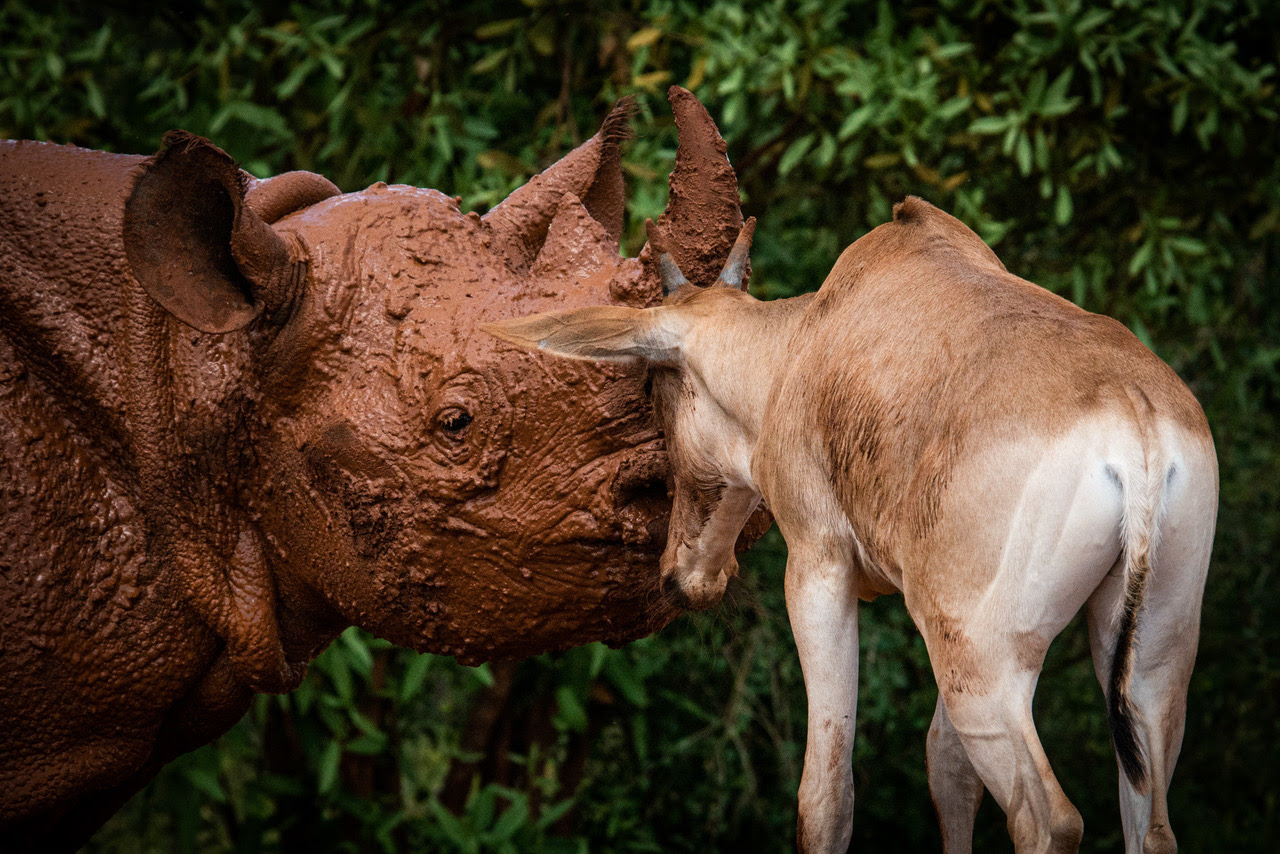 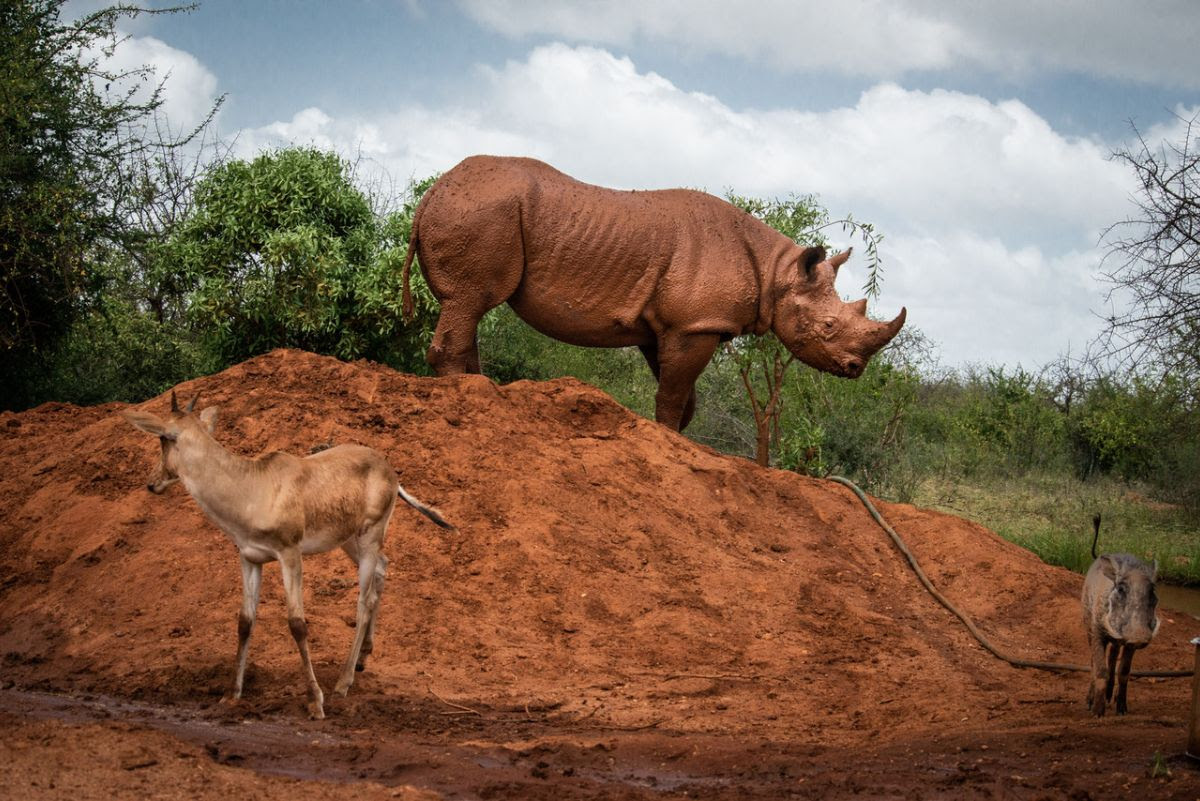 Twiggy, an orphaned giraffe rescued in December, is the one creature who Apollo remains distinctly unimpressed about. The Keepers on giraffe and rhino duty always coordinate movements, so as to avoid unwanted encounters in the bush. However, they are inevitably aware of each other’s presence back at home. Whenever Apollo catches a glimpse of Twiggy’s little head poking above the stockade, he expresses his disapproval with a grumpy huff. 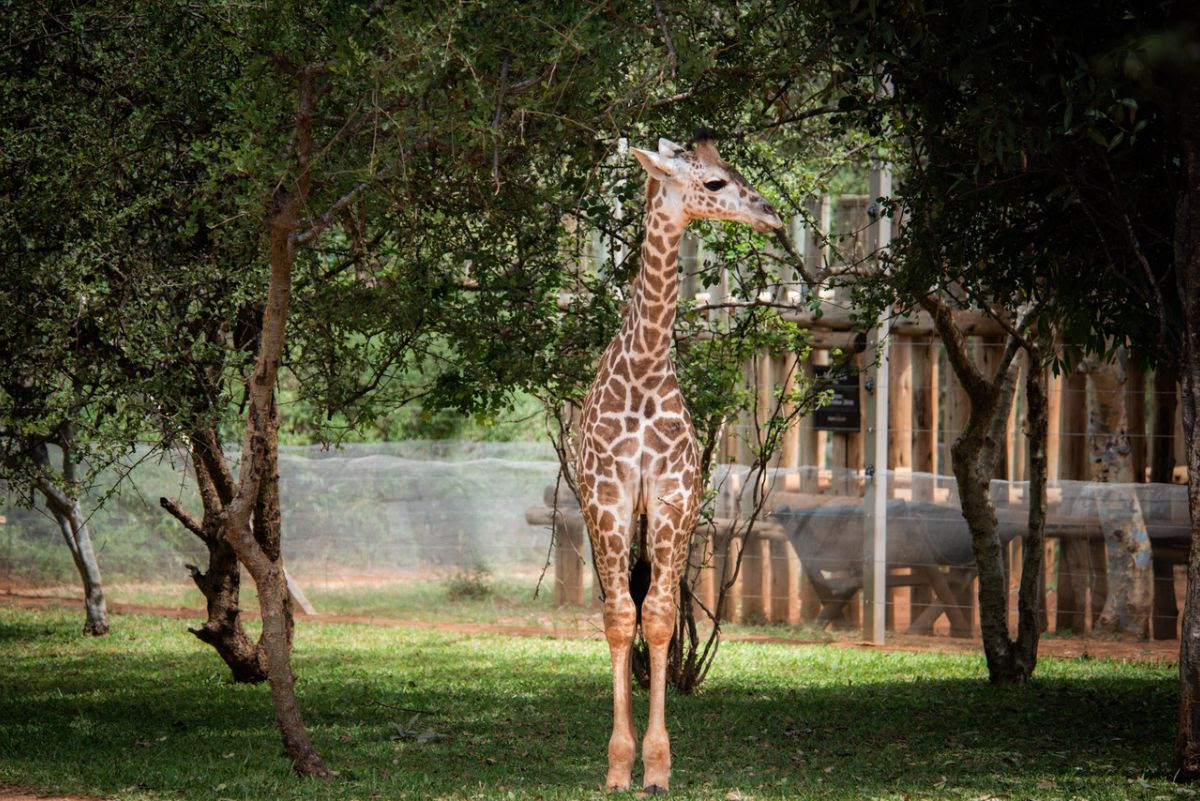 We suspect that Apollo’s issue with Twiggy stems from being territorial — not over his patch, but over his Keepers! He could be napping or busily browsing in the far corner of his stockade, but he stands at attention the moment a Keeper approaches Twiggy’s room. If it is one of his favourite Keepers, he begins to squeak plaintively, as if entreating them to remember that he is their special baby!

It was during one of these bedtime protests that we witnessed the sweetest scene unfold. A Keeper was feeding Twiggy, which caused Apollo to squeak in jealousy. Scooter and her sidekick Kwale trotted over to his stockade gate and, one at a time, softly touched noses with the rhino. It was as if they wanted to remind him that he was still a beloved member of their herd, but that it was okay to share the love with Twiggy, too! Of course, Scooter led the exercise. It was remarkable to see the little warthog, snout to horn with the hulking rhino.

Otherwise, it was a month of fun and games for Apollo. It is very, very hot in Tsavo at the moment, but still teeming with browse from the rains. As long as he spends the hottest part of the afternoon in repose under the baobab tree, Apollo has plenty of energy to explore far and wide for the rest of the day.