We are in the thick of the dry season here in Tsavo, which means Kaluku is host to a bevy of wild visitors. One evening, a mother elephant and her newborn baby strode across our airtstrip, mere metres away from where our airwing team were working in the hangars. We never take the trust these creatures have in us for granted; not so long ago, it was extremely rare to glimpse wild elephants in the area, let alone to have such a close encounter. 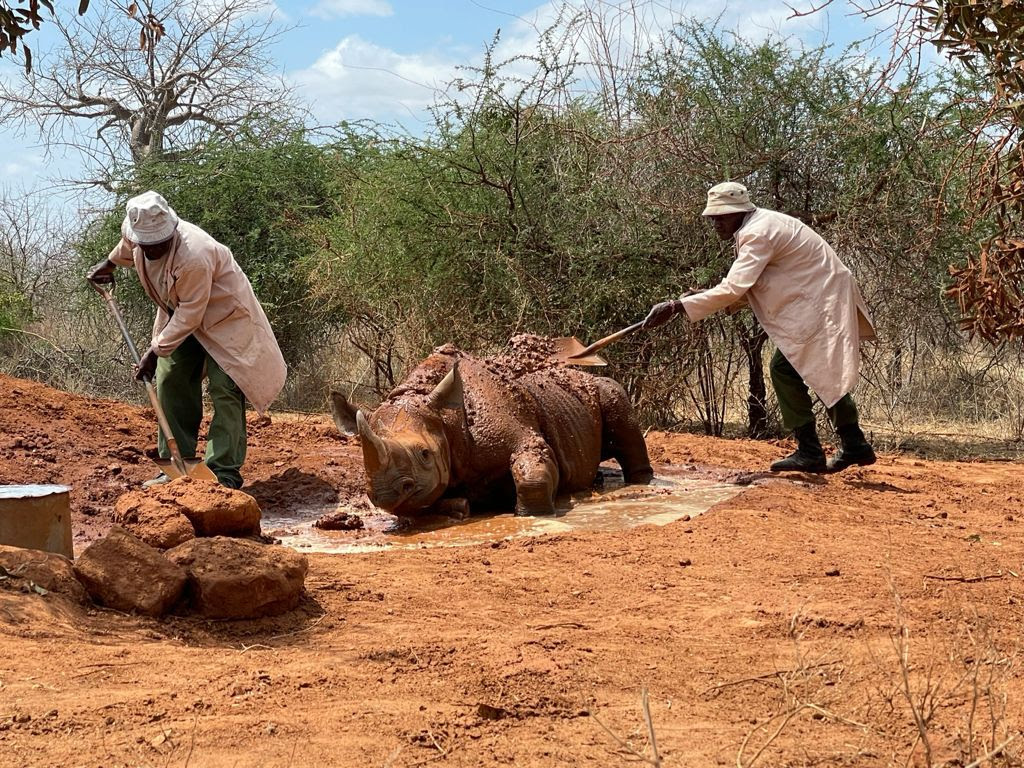 Apollo is delighted to have so many wild visitors sharing his stomping grounds. Even if he isn’t always there to witness their presence first-hand, he spends hours investigating their scents. When he does encounter elephants, he is extremely curious. Sometimes, in all his enthusiasm, he even scares them away! 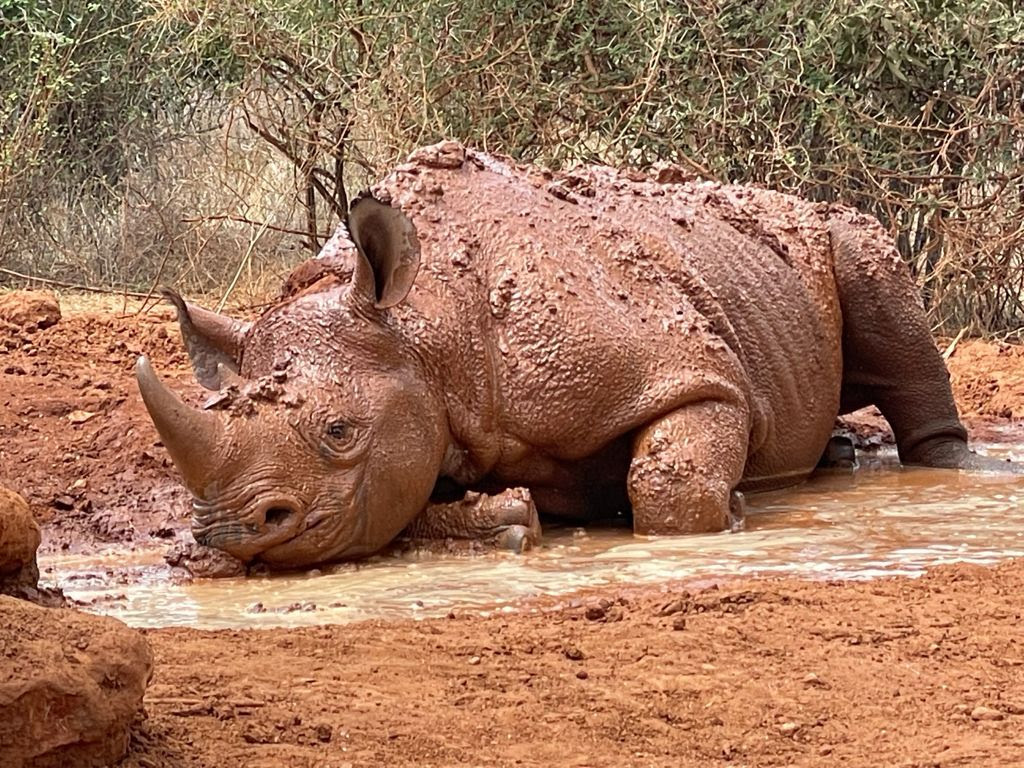 Winter is wrapping up in the southern hemisphere, which means the days are much warmer now. For this reason, Apollo has been enjoying extended mud baths. He could easily spend all day wallowing, but the Keepers have to encourage him on to the next activity, as the orphaned elephants need their turn in the mud bath. His disappointment at being ushered out of the mud is short-lived, as he is always quickly distracted by some game or other. After these watery jaunts in the sun, he is always bursting with energy, which he expels by dashing around and leaping into the air. 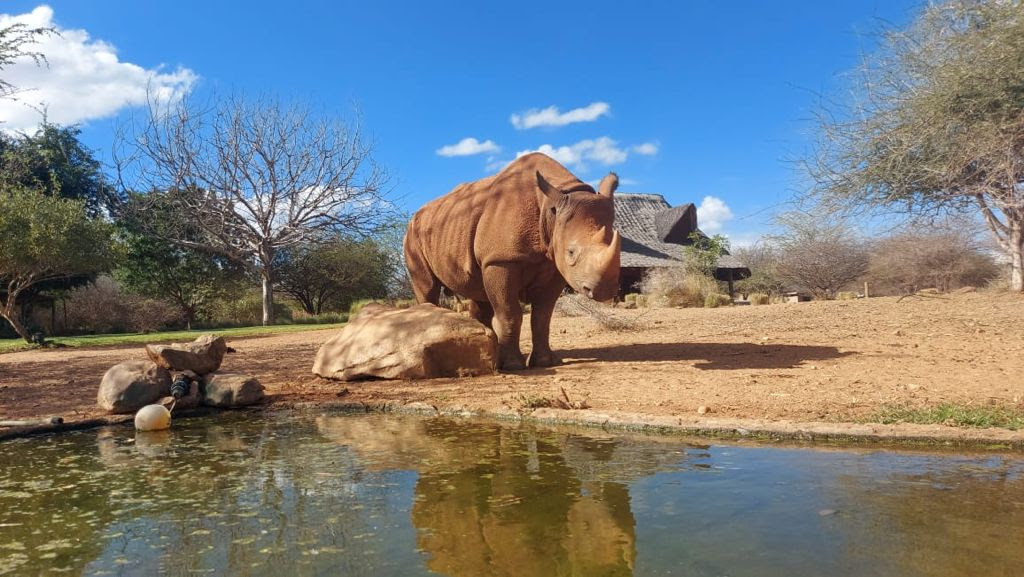 While he is growing up quickly, Apollo still needs the creature comforts of a young orphan. His stockade remains his happy place, perhaps because it always contains the promise of a warm bottle of milk and copious piles of lucerne and pellets. 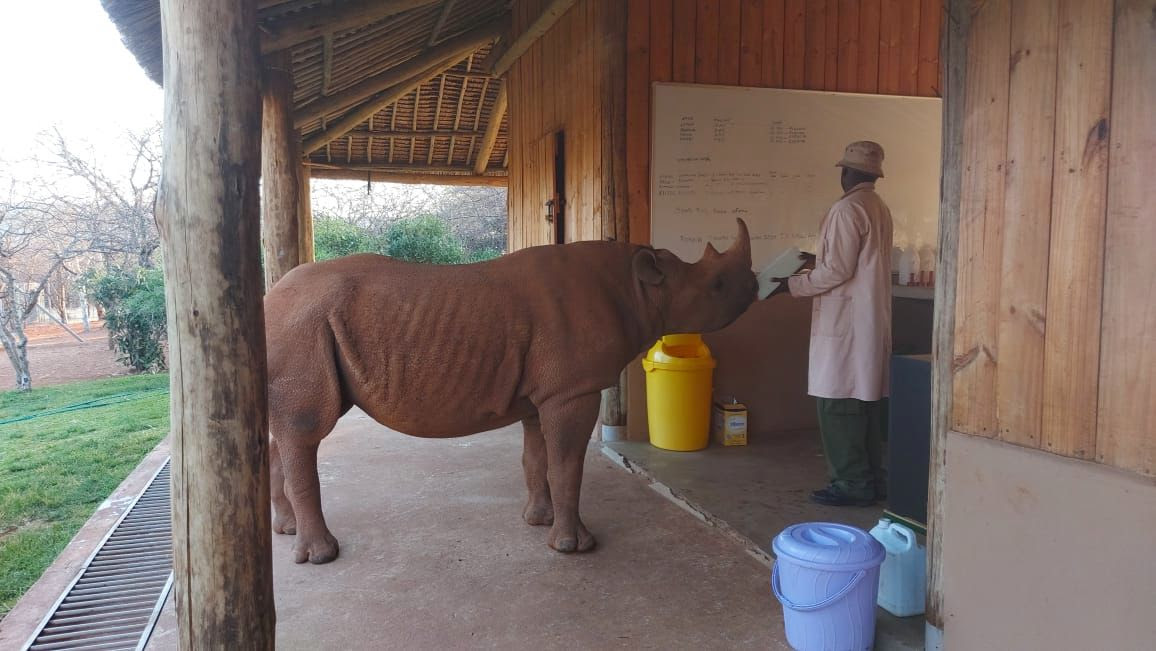 Rhinos are solitary by nature, and Apollo is no exception. However, he does thrive off his Keepers’ company. Because of his upbringing at our Kaluku Field HQ, he is used to being surrounded by all manner of creatures. We were reminded of this one afternoon, when a mob of mongooses scampered in to feast on a handout. The ground was suddenly teeming with tiny mammals, but Apollo barely blinked an eye and continued to sedately chew on his vegetation!